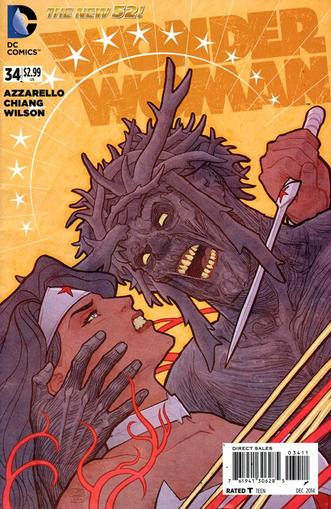 What is Wonder Woman? It is the DC comic about the most famous and iconic heroine ever created. You will love reading about this warrior princess and her quest for peace even though she was born a warrior. Even as she struggles with her internal battles over her warrior upbringing and her fight for peace for earth, she still battles on against her adversaries. You won’t be able to help yourself from following along as she finds herself and protects the world. Subscribe to Wonder Woman magazine to follow along and see what becomes of this heroine.

Directly from Greek mythology, Wonder Woman is Princess Diana of the immortal Amazons. Her and the other Amazons were unknown to the rest of the world until an army pilot by the name of Steve Trevor crashed onto their island. Diana is chosen to take the pilot back to his world, but she doesn’t realize just what she signed up for. Read along in Wonder Woman magazine as she struggles to understand the ways of the world off of her paradisiacal island.

Brought up as a warrior princess, Wonder Woman has many powerful abilities, particularly her excellent fighting capacity. However, her magical weaponry also helps her. Her bulletproof bracelets and her lasso of truth have become iconic symbols of justice. While her abilities of super strength, invulnerability, flight, combat skills and strategy, agility, healing factor, and weaponry make her an excellent heroine, they also make it a little more difficult for her to blend into this new society in which she finds herself. You will become addicted to reading about how she adjusts despite her astounding abilities.

Once you subscribe to Wonder Woman magazine, you will be able to read about her adventures trying to bring peace to earth. Despite being brought up as an Amazon warrior princess, she combats many super villains for the sake of peace and justice. You will love reading about her adventures, but you will also enjoy how she copes with being a part of a new world. You will impatiently await each new issue to see how she adjusts to the more mundane aspects of the world, such as dating, when she isn’t protecting it all.

Subscribe to Wonder Woman magazine to follow the life and adventures of Amazon princess Diana! Order your discount subscription today!