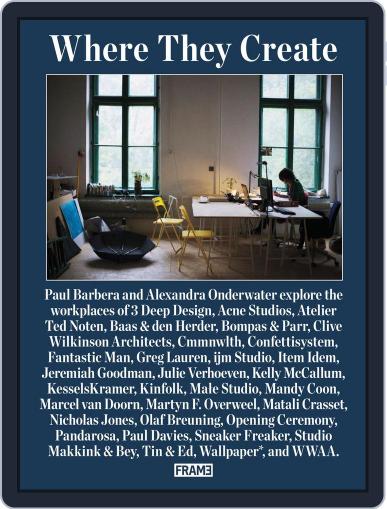 Where They Create Magazine (Digital)

About Where They Create

Where They Create is not 'just a book'. It's a one-man journey that had its inception 20 years ago, but did not find a destination until one day in 2009. After interiors photographer Paul Barbera shot the studio of one of his friends, an artist, he realised he had found his own true voice. Peeking behind the scenes of creative studios in a natural and unobtrusive way was a means to satisfy his never-ending curiosity towards spaces and people alike. For the book, Barbera chose 32 studios which form a diverse selection of his work. Featured are media companies, fashion houses, artists, architects and designers from all over the world.