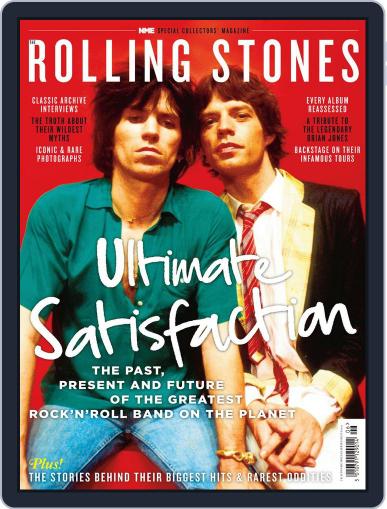 About The Rolling Stones

As they prepare for the most legendary headline slot in Glastonbury history to round off their spectacular 50th anniversary celebrations, NME looks back at the life of The Rolling Stones, the band that kick-started rebel rock and epitomized the entire sex, drugs and rocknroll ethos for generations. We uncover rare, long-lost interviews from the beginning, explore their unrivalled influence on the rock scene, examine album-by-album and unearth the truths behind the craziest myths. We showcase the best shots from their 50 book, get backstage at the biggest tours, remember the most outrageous outings and reveal the secrets behind the sauciest lyrics. Satisfaction guaranteed!

Magazine covers are used for illustrative purposes only and you may not receive a copy of the particular issue depicted. Your subscription will include the most recent issue once your subscription begins. Magazine covers are the property of the publisher. This site is not officially affiliated with, associated with, or endorsed by The Rolling Stones or the publisher.