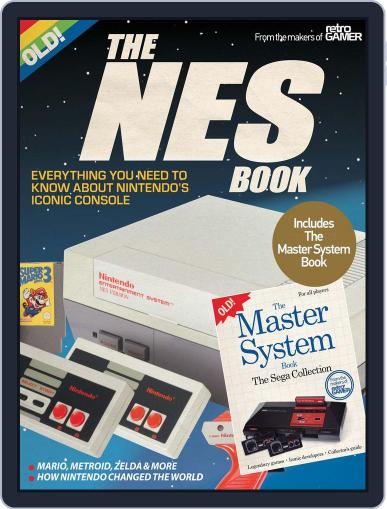 About The NES / Master System Book

Celebrating two of the greatest consoles ever, this book takes an in-depth look at Sega and Ninendo's iconic machines, and the games that made them both huge hits. Read in-depth guides to collecting the consoles and everything you need to make the most of them. Relive classic game series for the Master System including Alex Kidd, Wonder Boy and Sonic the Hedgehog, and remember the classic NES titles that took the world by storm – Metroid, The Legend Of Zelda and Super Mario Bros. Featuring: Making of - Learn the stories behind some of the most iconic games to hit Sega and Nintendo’s systems. Collector's guides - Make sure you know all there is to know about the most coveted NES and Master System collectibles. Retro revivals - Reminisce about some of the overlooked gems of the 8-bit generation. Greatest games - Count down reader-voted lists of the greatest NES and Master System games of all time.

The number of issues included in a magazine subscription (frequency) is subject to change without notice. Additional double issues may be published, which count as 2 issues. Applicable sales tax will be added. Offer void in Vermont. Magazine covers are used for illustrative purposes only and you may not receive a copy of the particular issue depicted. Your subscription will include the most recent issue once your subscription begins. Magazine covers are the property of the publisher. This site is not officially affiliated with, associated with, or endorsed by The NES / Master System Book or the publisher.