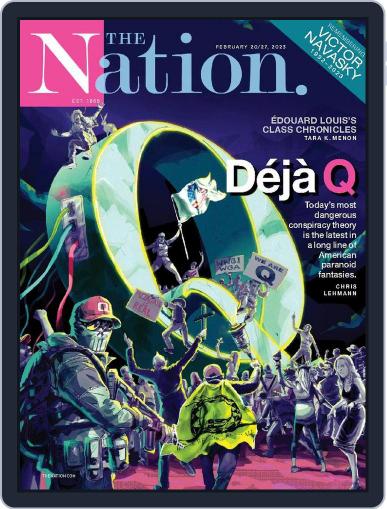 Founded by abolitionists in 1865, The Nation magazine has long believed that independent journalism generates the capacity to bring about a more democratic and equitable world. The magazine is also the oldest continuously published magazine in the United States.

The magazine’s journalistic routes began soon after the abolishment of slavery. Over 150 years of publishment, the magazine has continually dished out issues on the latest political, social and economic issues that surround everyday current events.

Firm believers of intellectual freedom, social/economical justice and civil liberties, The Nation Magazine makes it clear to readers that progressive philosophy is at the forefront of their messages. Political and social dissent is a cornerstone of their magazine as it generates much-needed conversations about the world we live in today.

The magazine’s writers work to shift paradigms and open minds with progressive philosophy. Their investigative reporting encourages and creates congressional hearings, forces policy change, and shapes news cycles. The Nation magazine, since its inception, has continued towards its commitment to future generations of torchbearers. The Nation provides a provocative commentary that encourages spirited debate about politics and culture. The magazine touches on topics related to civil liberties, human rights, and economic justice.

What You Can Expect: The Nation + DiscountMags

The Nation magazine has multiple departments covering everything from architecture, art, corporations, defense, environment, films, legal affairs, music, peace and disarmament, poetry, and the United Nations. With digital issues with DiscountMags, readers can expect The Nation content on their phones, tablets, and computers at heavily discounted prices.

With DiscountMags, readers can also read up on older issues of The Nation through their devices with seamlessness.

The number of issues included in a magazine subscription (frequency) is subject to change without notice. Additional double issues may be published, which count as 2 issues. Applicable sales tax will be added. Offer void in Vermont. Magazine covers are used for illustrative purposes only and you may not receive a copy of the particular issue depicted. Your subscription will include the most recent issue once your subscription begins. Magazine covers are the property of the publisher. This site is not officially affiliated with, associated with, or endorsed by The Nation or the publisher.