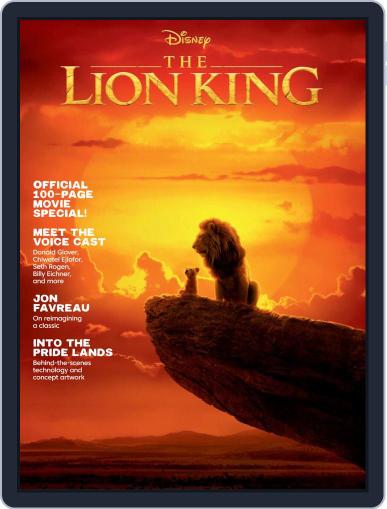 About The Lion King: The Official Movie Special

"A behind-the-scenes companion hardcover magazine for Disney’s retelling of The Lion King.nnThis Movie Special goes behind the scenes with pioneering director Jon Favreau and his creative team to uncover the techniques of this new production. Featuring in-depth interviews with voice cast stars Donald Glover (Simba), Chiwetel Ejiofor (Scar), Seth Rogan (Pumbaa), and Billy Eichner (Timon), along with stunning concept artwork.nnIn the 2019 The Lion King movie, the Circle of Life continues…"

Magazine covers are used for illustrative purposes only and you may not receive a copy of the particular issue depicted. Your subscription will include the most recent issue once your subscription begins. Magazine covers are the property of the publisher. This site is not officially affiliated with, associated with, or endorsed by The Lion King: The Official Movie Special or the publisher.