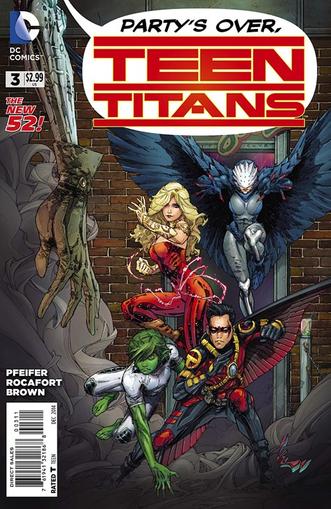 If you love comic books and the DC Universe, you will love reading the Teen Titan comic series. This series features Red Robin, Wonder Girl, Raven, Bunker and Beast Boy. They are part of the same DC Universe that so many of your favorite superheroes protect, but they are protecting a world full of supernatural teenagers who will be the next heroes and villains for DC. You will love learning more about the heroes you love in their early forms as they are learning to take on their adult superhero roles, so subscribe to the discount Teen Titan magazine series today!

The Young Superheroes
You will love the new Teen Titans because even though they are powerful superheroes, they are still teenagers who go through the same things that every teenagers does. Red Robin is the leader of the Teen Titans. He is a trained master martial artist and has peak human strength and endurance. The second teenager of the group is Wonder Girl. She is empowered by various artifacts that were given to her by the Greek gods. Her powers include strength, speed, and flight. She also has a magic lasso that allows her to channel Zeus’s lightening when she is angry. Raven is the third member of the Teen Titans. She has the ability to undo ancient runes, travel to other dimensions, telekinesis, astral projection, levitation, and telepathy. The fourth member is Bunker. He has the ability to project Psionic bricks to form walls, structures, and armor. Beast Boy is the final member of the team and he can take the form of any animal in existence.

Their Futures
You will love reading about these five teenagers as they save their world in various ways all while coming of age. These characters are the younger versions of the heroes that you have always loved and their stories are pieces of the whole DC Universe. By subscribing to this comic you will learn more about the universe that you have grown to love so well.

You will love following the stories of these teen superheroes as they learn more about their abilities, their back-stories, and how they fit into the DC universe. Order your subscription to the new Teen Titans magazines today!