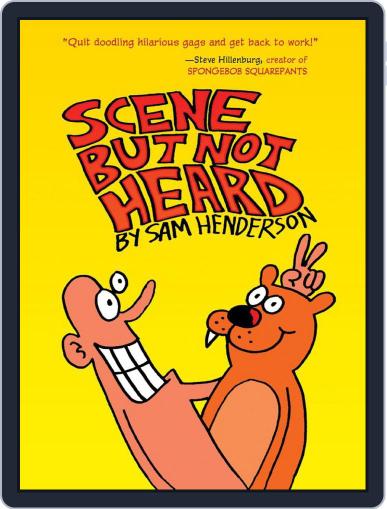 Scene But Not Heard Magazine (Digital)

About Scene But Not Heard

Sam Henderson: Ignatz-nominated creator of Magic Whistle, Emmy-nominated writer and storyboard artist for SpongeBob SquarePants... and also the nutty mind behind "Scene But Not Heard," the longest-running feature in the history of Nickelodeon Magazine! Now all those strips -- the hilarious, wordless adventures of a man and a bear -- are collected all in one handsome hardcover. Just try and keep up with Sam's wild imagination! Author: Sam Henderson. Illustrator: Sam Henderson. Sam Henderson

The number of issues included in a magazine subscription (frequency) is subject to change without notice. Additional double issues may be published, which count as 2 issues. Applicable sales tax will be added. Offer void in Vermont. Magazine covers are used for illustrative purposes only and you may not receive a copy of the particular issue depicted. Your subscription will include the most recent issue once your subscription begins. Magazine covers are the property of the publisher. This site is not officially affiliated with, associated with, or endorsed by Scene But Not Heard or the publisher.