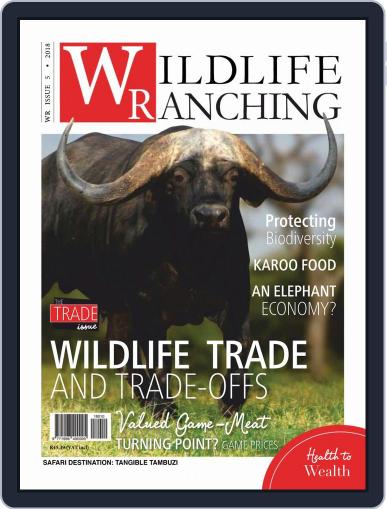 PRIVATE GAME | WILDLIFE RANCHINGnWith its magnificent and diverse wildlife heritage, Southern Africa plays a vital role in conserving the world’s biological diversity. The region boasts an extensive network of public parks, including international icons such as the Kruger, Hluhluwe-iMfolozi, Kgalagadi, Etosha, Chobe and Hwange, several of which also form part of larger transfrontier conservation areas.nnThe region is known for its excellent track record of conserving threatened species such as elephant, rhino, Cape mountain zebra, bontebok, black wildebeest, cheetah and lion. An important aspect is the unique and vital role the private sector and market-based approaches play in supporting both wildlife conservation and socio-economic development in the region.nnSouthern Africa’s wildlife industry has become a contemporary world leader in conservation innovation, providing considerable ecological, biodiversity and economic benefits to the region.”nnWildlife ranchers love nature and are conservationists at heart – that is why they choose this lifestyle.nnConceptualised by the executive editorial team of the popular publication Wildlife Ranching magazine, PRIVATE GAME will build on the successes achieved by Wildlife Ranching, whilst providing an engaging voice for the private wildlife sector.

Magazine covers are used for illustrative purposes only and you may not receive a copy of the particular issue depicted. Your subscription will include the most recent issue once your subscription begins. Magazine covers are the property of the publisher. This site is not officially affiliated with, associated with, or endorsed by PRIVATE GAME | WILDLIFE RANCHING or the publisher.