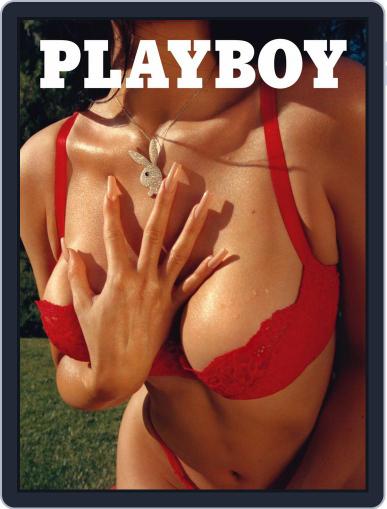 While the seductive, nude pictorials of the Playmate of the Month may be the part of Playboy Magazine that most readily catches the eye, the reimagined, modern Playboy also features dynamic male interest pieces, interviews with notable public figures, and award winning cartoons  that will keep you reading month after month. Across its storied publishing history Playboy has cemented itself as a leading source of informative and revealing monthly interviews with luminaries such as architects, economists, film directors, politicians, and athletes.

Alongside the award winning nonfiction pieces published monthly, Playboy Magazine features several types of fiction from emerging and well-known authors throughout its pages. Since it was first founded the magazine has published countless short stories by authors such as Ian Fleming, P.G. Wodehouse, and many others. Perhaps just as iconic as the Playmates themselves, every issue features full-page humorous and satirical color cartoons from a variety of illustrators.

Though Playboy briefly stopped featuring nudity, it has now reintroduced and reimagined tastefully seductive nude pictorials with a modern bent. These pictorials will once again continue to appear alongside the thought-provoking interviews, featured think-pieces, and entertaining articles that the magazine is known for.

A subscription to Playboy Magazine is a great choice for any man who enjoys in depth discussion and analysis about sports, politics, and cultural icons alongside the eye-pleasing centerfolds for which the magazine has always been known. Save money today with DiscountMags.com and order a subscription for yourself, as a gift, or even both!

*Note: Playboy Magazine once again features nude pictorials as part of each issue.

Our entire Playboy Editions catalog can be found at: https://www.discountmags.com/magazines/playboy

Magazine covers are used for illustrative purposes only and you may not receive a copy of the particular issue depicted. Your subscription will include the most recent issue once your subscription begins. Magazine covers are the property of the publisher. This site is not officially affiliated with, associated with, or endorsed by Playboy or the publisher.