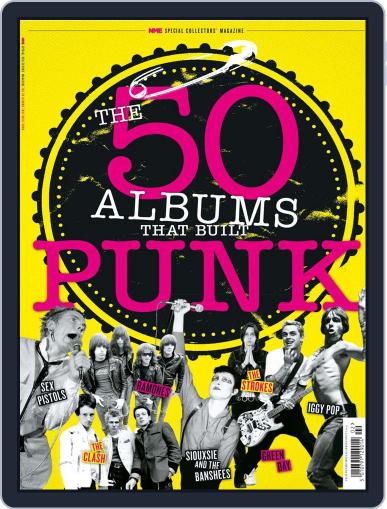 About NME: The 50 Albums That Built Punk

In this special magazine from NME, discover the records that form the jagged cornerstones of punk rock, from the original innovators of the '70s like the Stranglers, Sex Pistols and Siouxsie And The Banshees, though American hardcore with Black Flag and Husker Du to modern pop-punk like Blink-182 and the Offspring. It's full of fascinating interviews from the NME archive with the likes of Fugazi, X-Ray Spex and Joy Division, original reviews of classic albums such as Wire's 'Pink Flag' and The Clash's 1977 debut, and fresh reappraisal of some of the most game-changing rock records of the past five decades. Punk's not dead – it's just getting going. Catch up on its story so far with this essential guide to the albums that keep the spirit of alive in a never-ending variety of forms – it's the ultimate punk-rock primer.

Magazine covers are used for illustrative purposes only and you may not receive a copy of the particular issue depicted. Your subscription will include the most recent issue once your subscription begins. Magazine covers are the property of the publisher. This site is not officially affiliated with, associated with, or endorsed by NME: The 50 Albums That Built Punk or the publisher.