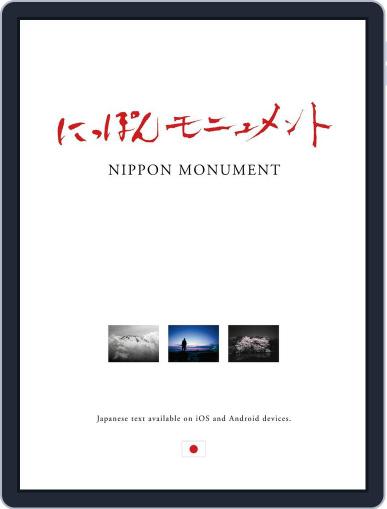 WHAT IS JAPAN? WHAT IS JAPANESE PEOPLE? The Nippon Monument is the latest series of works by Japanese photographer Terutaka Hoashi, composed of 103 photographs of monuments that symbolize the history of Japan and the spirit of Japanese people. Hoashi was born in Hsinking, Manchukuo (now Changchun, China) in 1944. He started his career as commercial photographer and received a number of awards: Clio Award, China International poster Biennial, Japan Advertising Photographer's Association Award etc. He is also selected for "the 200 Professional Photographers Exhivision" under the patronage of Fujifilm in 2007. Taking monumental statues, architects and natures as his subject, Hoashi tried to spin a tale of Japanese history from mythical ancient times to present age. Japanese text is available on mobile devices

Magazine covers are used for illustrative purposes only and you may not receive a copy of the particular issue depicted. Your subscription will include the most recent issue once your subscription begins. Magazine covers are the property of the publisher. This site is not officially affiliated with, associated with, or endorsed by Nippon Monument English or the publisher.