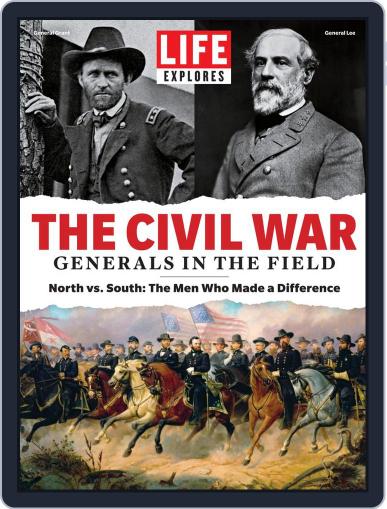 About LIFE Explores TheCivil War: Generals in the Field

It was a four-year struggle for the survival of a nation and for its soul, in which 620,000 Americans died largely over the question of whether human beings could be owned as property, and a state’s right to secede from the union. From the early days of the conflict through the collapse of the Confederacy, this LIFE Explores special edition highlights the Civil War’s legendary battles and brings a particular focus to many of the generals, including Ulysses S. Grant, Robert E. Lee, “Stonewall” Jackson, William Tecumseh Sherman and other generals, celebrated and obscure, who led North and South to victory and defeat.

Magazine covers are used for illustrative purposes only and you may not receive a copy of the particular issue depicted. Your subscription will include the most recent issue once your subscription begins. Magazine covers are the property of the publisher. This site is not officially affiliated with, associated with, or endorsed by LIFE Explores TheCivil War: Generals in the Field or the publisher.