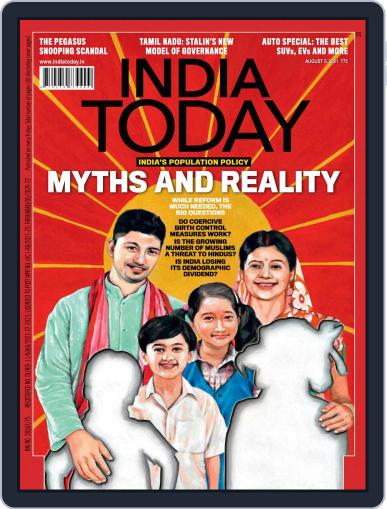 The India Today Group began its journey with the launch of their magazine in 1975. Over the last 42 years, the Group has grown to be one of India’s most diversified media conglomerates. The news corporation is comprised of 21 magazines, 4 TV channels, 1 newspaper, multiple web/mobile sites, and applications across all leading platforms. The India Today Group has since extended its business interests to E-Commerce, books, retail, education, and music.

First established in 1975, the India Today magazine was first formed by Vidya Vilas Purie, with his daughter Madhu Trehan as its editor, and his son Aroon Purie as its publisher. Hoping to capture the vibrancy and everyday musings of all Indian people, Purie began with a few magazine issues that would spurn exponential and rapid growth. After experiencing this success, the brand and magazine soon became big enough for the founders to purchase multiple printing facilities to supply the demand for issues of India Today. This success was founded upon India Today’s journalistic integrity, unbiased perspectives, and dynamic takes on the world and culture of India.

Known as the flagship magazine and news source for India, viewership holds steady with 8 million subscribers. This is a result of not only their reliable news, but also their takes on a number of different departments such as home, women, aspire, style, health, fashion, and Indian cities. Readers are also treated to the latest trending news on blockbuster Bollywood films. Some notable features have included segments on superstar Priyanka Chopra, Aishwarya Rai, Salman Khan, and more.

What to Expect: India Today + DiscountMags

With DiscountMags, readers can enjoy the latest news, updates, and trends that are being reported in the colorful world that is India. Get a full year of issues at best prices on the internet for digital magazines through DiscountMags. Priced at roughly $0.87 an issue, flip through the happenings of India seamlessly through your digital devices at any point in time.