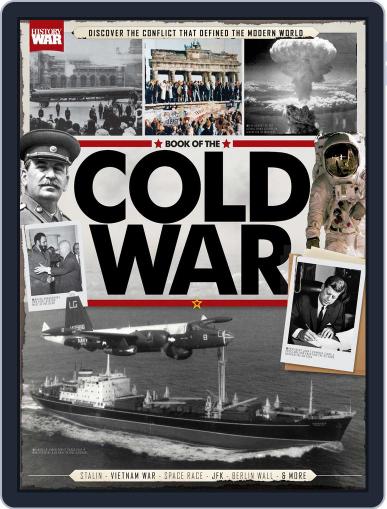 History Of War Book Of The Cold War Magazine (Digital)

About History Of War Book Of The Cold War

A conflict unlike any that had come before it, the Cold War’s battlegrounds were as much in the hearts and minds of citizens around the world as they were in the myriad combat zones that stretched from Vietnam to Cuba. In the History of War Book of the Cold War we explore the most fascinating events of this iconic conflict, from the origins of the Iron Curtain, to the Cuban Missile Crisis and the fall of the Berlin Wall. Delve into the Cold War like never before through stunning photography, expert commentary and eyewitness accounts. Featuring: Cold War Origins - Follow the frosty beginnings of the conflict, from the Berlin Blockade to the fall of the Iron Curtain. Key Players - Uncover the crucial roles played by leaders on both sides, including JFK, Nixon, Stalin and Khrushchev. Crises & Conflicts - From Vietnam to the Cuban Missile Crisis, discover just how close the world came to total annihilation. The End of an Era - Relive the decline of the Soviet Union through eyewitness accounts and evocative photography.

The number of issues included in a magazine subscription (frequency) is subject to change without notice. Additional double issues may be published, which count as 2 issues. Applicable sales tax will be added. Offer void in Vermont. Magazine covers are used for illustrative purposes only and you may not receive a copy of the particular issue depicted. Your subscription will include the most recent issue once your subscription begins. Magazine covers are the property of the publisher. This site is not officially affiliated with, associated with, or endorsed by History Of War Book Of The Cold War or the publisher.