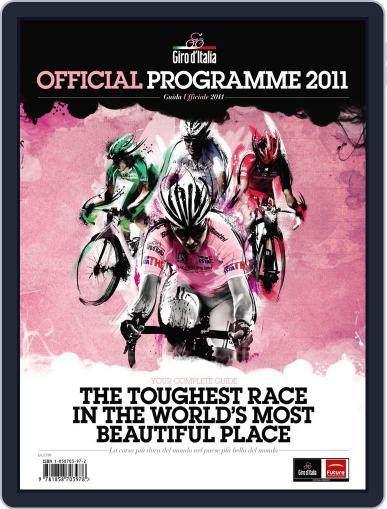 For a country obsessed with cycle racing, the Giro d’Italia is always a huge event but as this year marks the 150th anniversary of the unification of Italy, the 2011 edition promises to be even bigger. Along with many special events during the Giro’s three weeks comes this – the first ever official guide to the Giro to be published in English. All 21 stages are described, discussed and presented with both the official map and stage profile. Every team is also listed alongside interviews with the main contenders and stunning photography of Giros past and present.

Magazine covers are used for illustrative purposes only and you may not receive a copy of the particular issue depicted. Your subscription will include the most recent issue once your subscription begins. Magazine covers are the property of the publisher. This site is not officially affiliated with, associated with, or endorsed by Giro d’Italia Official 2011 Guide or the publisher.