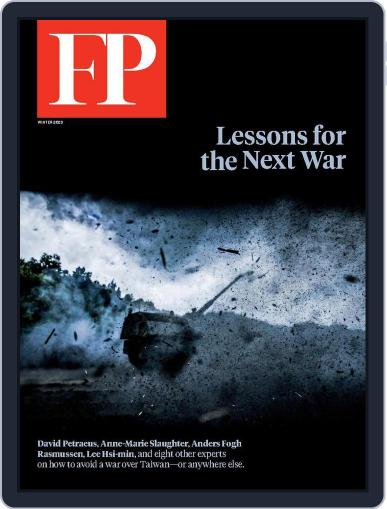 The premier magazine for all of your global politics, economic trends, and ideas, the Foreign Policy magazine stays on top of all important international news. With six issues published annually, the contents of the Foreign Policy magazine is comprehensive, all-encompassing, and holds little bias. With its serious approach to international policy and journalism, the magazine aims to educate and inform its readers on how American foreign policies help or hurt the countries around the world.

First published in 1970 with a focus on global politics, affairs, current events, and domestic/international policies, the Foreign Policy magazines were one of the first to break updates on stories that do not circulate big television news networks. Started by Harvard professor Samuel P. Huntington, and his friend Warren Demian Manshel, the initial objective was to give alternate views about American policies during the Vietnam War. From the beginning until now, the creators of the magazine instill every page with a “seriousness without the scholarly jargon, a lively magazine that was also not a “glib.”

Ever wondered what else might be going on around the world? Often with news networks with bigger audiences, foreign policy is mentioned briefly and considered an afterthought. With Foreign Policy magazine, you can read all about the latest current events and how certain policies have affected the outcome. While the magazine’s focus and its base are in American foreign policy and its relation to other countries, readers will also find news not covered on bigger networks. For instance, have you wondered what happened with Brexit and the identity crisis that followed? How North Korea and Russia are fighting over fish? How the United States fell out from a potential Saudi Arabian alliance? All of this and many more interesting topics are covered with Foreign Policy magazine.

An informed individual is a powerful one. Learn more about the happenings around the world and how nations are acting in times of crisis. With DiscountMags, you can expect the best prices on the internet for your digital issues of Foreign Policy. With a rapidly changing world, stay on top of it all with Foreign Policy.

The number of issues included in a magazine subscription (frequency) is subject to change without notice. Additional double issues may be published, which count as 2 issues. Applicable sales tax will be added. Offer void in Vermont. Magazine covers are used for illustrative purposes only and you may not receive a copy of the particular issue depicted. Your subscription will include the most recent issue once your subscription begins. Magazine covers are the property of the publisher. This site is not officially affiliated with, associated with, or endorsed by Foreign Policy or the publisher.