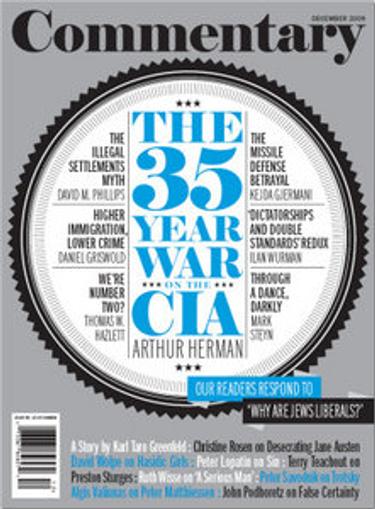 COMMENTARY is America's premier monthly magazine of opinion and a pivotal voice in American intellectual life. Since its inception in 1945, and increasingly after it emerged as the flagship of neoconservatism in the 1970s, the magazine has been consistently engaged with several large, interrelated questions: the fate of democracy and of democratic ideas in a world threatened by totalitarian ideologies the state of American and Western security the future of the Jews, Judaism, and Jewish culture in Israel, the United States, and around the world and the preservation of high culture in an age of political correctness and the collapse of critical standards.

The number of issues included in a magazine subscription (frequency) is subject to change without notice. Additional double issues may be published, which count as 2 issues. Applicable sales tax will be added. Offer void in Vermont. Magazine covers are used for illustrative purposes only and you may not receive a copy of the particular issue depicted. Your subscription will include the most recent issue once your subscription begins. Magazine covers are the property of the publisher. This site is not officially affiliated with, associated with, or endorsed by Commentary or the publisher.