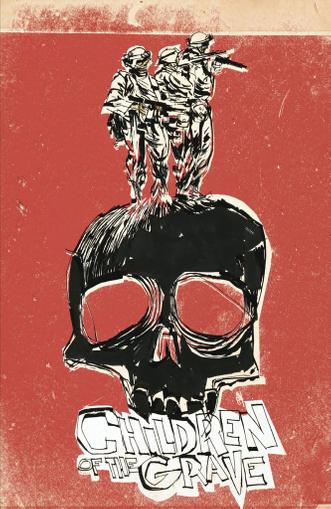 Children of the Grave Magazine (Digital)

About Children of the Grave

Team Orphan, a U.S. Special Forces team made up of three hardened soldiers, has been tasked with assassinating a maniacal terrorist guilty of genocide on a massive scale. In their desperate quest to rid the world of the rogue terrorist, Team Orphan will soon learn they are not the only ones seeking his death. The terrorist's many small victims—the children he has destroyed—have returned from the dead, bent on revenge. Team Orphan is caught in the middle, wondering who they should fear most: the terrorist, themselves or the Children of the Grave? Author: Tom Waltz. Illustrator: Casey Malone, Dan Brereton. © 2013 Tom Waltz and Casey Maloney.

The number of issues included in a magazine subscription (frequency) is subject to change without notice. Additional double issues may be published, which count as 2 issues. Applicable sales tax will be added. Offer void in Vermont. Magazine covers are used for illustrative purposes only and you may not receive a copy of the particular issue depicted. Your subscription will include the most recent issue once your subscription begins. Magazine covers are the property of the publisher. This site is not officially affiliated with, associated with, or endorsed by Children of the Grave or the publisher.