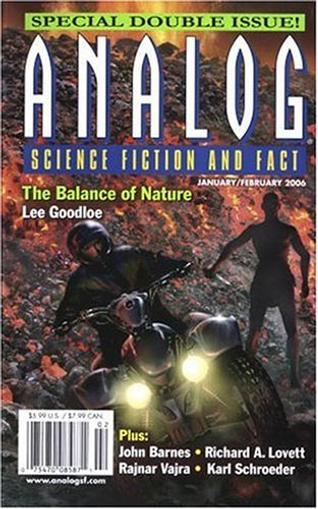 About Analog Science Fiction and Fact

You will receive 6 physical issues, in a year, each of which count as a double issue.


The History of the Magazine
This periodical is the longest continuously running sci-fi magazine. It has undergone several name changes, but has remained true to its values. The goal of the periodical is to offer you quality sci-fi stories as well as factual information about science and technology. Since the real world has always been the foundation of the sci-fi genre, the editors of the magazine have always thought it important to ensure that you know the facts as well as the fiction. This magazine doubles as entertainment and an educational resource that promotes you to be interested in fictional sci-fi as well as the real future that the world is hurtling towards.

The Authors and Illustrators
Analog Science Fiction and Fact has a history of discovering and cultivating early literary talent in its authors and illustrators. Notable authors who have written for the magazine include Isaac Asimov, Spider Robinson, Poul Anderson, Robert A. Heinlein, Lois McMaster Bujold, and Michael Flynn. The stories featured in this publication are also known to win literary awards such as the Hugo and Nebula Awards. Not only are there fantastic authors featured in every issue magazine, but also great illustrators such as Kelly Freas, Bob Eggleton, Jim Burns, and Vincent di Fate. You will love being privy to all the newest authors and illustrators that are featured in Analog Science Fiction and Fact.

The Stories
The editors of this publication focus on trying to publish stories that contain plausible speculations. This makes these engaging stories not only entertaining, but also more realistic as you read them. Many of the stories are concerned with people and extraterrestrials and how their lives will be influenced by the changes that the future will inevitably bring. The stories range from exhilarating to terrifying, but there is sure to be stories in every issue that you will enjoy.

If you love the sci-fi genre, you will love your discount subscription to Analog Science Fiction and Fact magazine. Subscribe today!

Magazine covers are used for illustrative purposes only and you may not receive a copy of the particular issue depicted. Your subscription will include the most recent issue once your subscription begins. Magazine covers are the property of the publisher. This site is not officially affiliated with, associated with, or endorsed by Analog Science Fiction and Fact or the publisher.