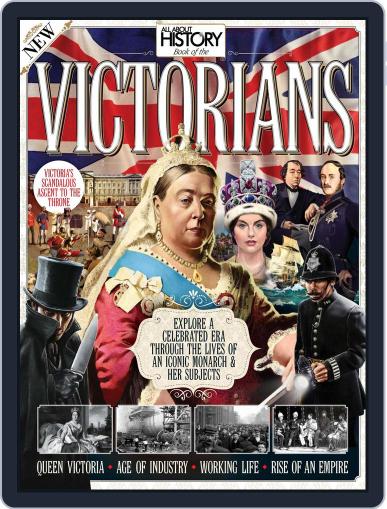 About All About History Book Of The Victorians

During the course of Queen Victoria’s reign, Britain underwent such a remarkable period of upheaval that the nation’s influence extended to the furthest reaches of the globe. From the living conditions of Victoria’s poor to the personal life of a steely monarch, explore the era through vivid articles, imagery and illustrations. You will step back in time and learn how such a small island garnered the might to dominate the world. Featuring: Queen Victoria - Explore the personal and public lives of a monarch who reigned over a vast empire for 63 years Industrial Revolution - Understand the how the second phase of the Industrial Revolution saw inventive spirit soar and industry flourish Everyday life - Walk in the footsteps of Victorian society, from those who toiled in the factories to the growing middle class Empire-building - Discover how Britain's imperial ambitions were realised, leading to an empire on which the sun never set

The number of issues included in a magazine subscription (frequency) is subject to change without notice. Additional double issues may be published, which count as 2 issues. Applicable sales tax will be added. Offer void in Vermont. Magazine covers are used for illustrative purposes only and you may not receive a copy of the particular issue depicted. Your subscription will include the most recent issue once your subscription begins. Magazine covers are the property of the publisher. This site is not officially affiliated with, associated with, or endorsed by All About History Book Of The Victorians or the publisher.