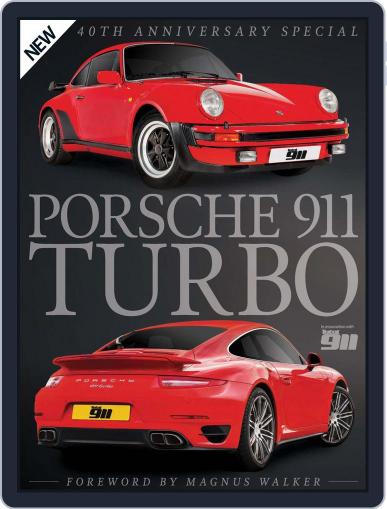 This special edition celebrating 40 years of the famous Porsche 911 Turbo takes you back in time to all the classic models, examining every generation of Porsche's most glamorous and characteristic supercar. Discover the Turbo icons that gave it the status it has today, meet the rarest, most exclusive Turbos, and learn how the technologies that made it stand out among the competition developed. Featuring: Turbo Icons - An analysis of the cars that made the Turbo the universal concept it is today. Head-to-Heads - It's supercar versus supercar in these ultimate face-offs where we compare classic Turbo models. Ultimate guides - Get up close and personal with some of the most famous Turbo cars. Turbo in motorsport - The 911 racers that made their mark in motorsport

Magazine covers are used for illustrative purposes only and you may not receive a copy of the particular issue depicted. Your subscription will include the most recent issue once your subscription begins. Magazine covers are the property of the publisher. This site is not officially affiliated with, associated with, or endorsed by Porsche 911 Turbo 40th Anniversary Special Volume 1 or the publisher.