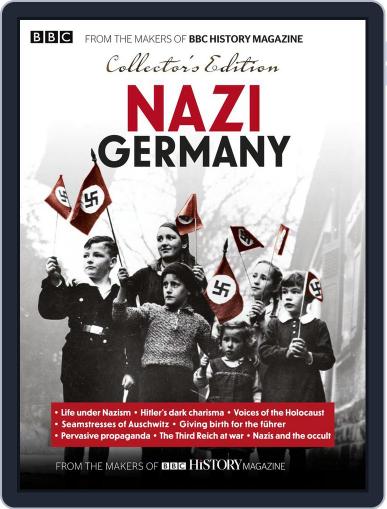 In this special issue of BBC History Magazine, a range of expert historians provide fascinating insights into Germany’s Third Reich, exploring the dark history of Hitler’s regime and showing how the Nazi ideology permeated numerous aspects of daily life. Inside you will find: - A timeline of the Third Reich - Historical perspectives on Adolf Hitler - How Nazi beliefs took over German society - The camps and the Holocaust - Nazi propaganda triumphs - The Third Reich at war