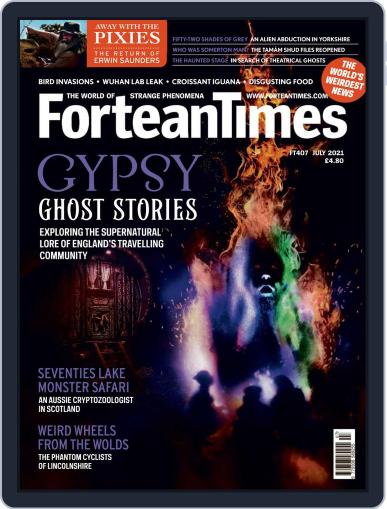 Where mysticism and mystery meet myth and legend, the Fortean Times magazine is the primary publication for all the strange phenomena around the world. Named after maverick writer and researcher Charles Fort, the magazine aims to understand the stranger side of our little blue planet. For those who have a nagging curiosity about symbology, UFOs, mythical monsters, ghosts, and other cryptic anomalies, the Fortean Times will surely induce a shift in perspective on how you see the world.

The origins of the magazine can be traced to when creator Bob Rickard discovered the writings of Charles Fort. Being an avid fan of science fiction, Rickard managed to scavenge written works by Charles Fort at a sci-fi convention for low prices. Rickard personified the metaphor “one man’s trash is another man’s treasure” by creating and transferring the anomalous tones of Charles Fort’s written works into a magazine. Upon its creation, the magazine was published under the name “The News” and began finding its foothold through unconventional means. Staying true to the mysticism they discovered and wrote about, the Fortean Times’ creators (Bob Rickard and Steve Moore) reportedly stuffed envelopes with their content and mailed them to hundreds of random addresses across the U.K.

Ancient paintings, cosmological anomalies, the paranormal, aliens and all things strange can be found on every page of the Fortean Times. If you are looking to get a kick out of the mysterious and unexplainable sides of life, the Fortean Times offers a multitude of tales, discoveries, and myths that will boggle your mind. Afraid that the magazine will sound more like a conspiracy theorists’ magazine? The writers and editors of the magazine understand this all too well. That is why, on every page, readers will find light-hearted humor poking fun at the insanity and madness they are reading. Want to learn more about the most haunted hotels and their gruesome backstories? Perhaps you would like to know if mermaids exist? Do aliens walk among us? Why do ancient civilizations have architectural achievements with such primitive technology? Want to know the speculation behind it all? Find the answers from researchers around the world in every issue of the Fortean Times.

Through DiscountMags, readers who enjoy contemplating the paranormal and strange will find the best internet prices on all of their digital issues of the Fortean Times. Receive a batch of issues through your digital devices and read with convenience on the go. Time to discover the weird side of this world. Get your issues of the Fortean Times through DiscountMags for the best deals!