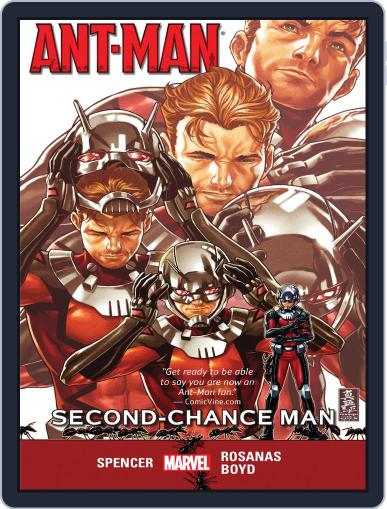 Scott Lang has never exactly been the world’s best super hero. Heck, most people don’t even think he’s been the best Ant-Man, and the last guy invented Ultron and joined the Masters of Evil, so that’s saying something. But when the Superior Iron Man calls with a once-in-a-lifetime opportunity, Scott’s going to get a chance to turn it all around and be the hero he’s always dreamed of being. Sure he’s been to prison! Sure he’s been through a messy divorce! Sure he’s been, um... dead. But this time is different! This time nothing is going to stop the astonishing Ant-Man!

Magazine covers are used for illustrative purposes only and you may not receive a copy of the particular issue depicted. Your subscription will include the most recent issue once your subscription begins. Magazine covers are the property of the publisher. This site is not officially affiliated with, associated with, or endorsed by Ant-Man or the publisher.