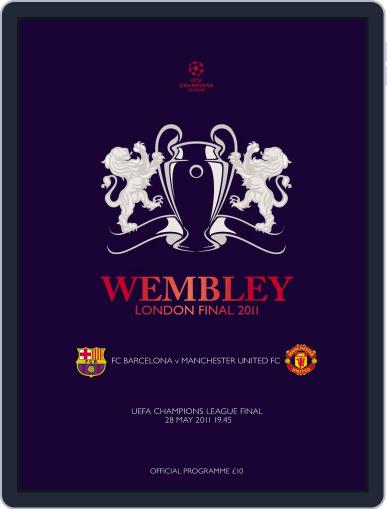 Read exclusive interviews with Manchester United FC's Sir Alex Ferguson and Javier Hernandez, and FC Barcelona's Pep Guardiola and Gerard Pique in the souvenir matchday programme of the UEFA Champions League Final. The final will be played on the ultimate stage at Wembley Stadium on Saturday 28 May.

Magazine covers are used for illustrative purposes only and you may not receive a copy of the particular issue depicted. Your subscription will include the most recent issue once your subscription begins. Magazine covers are the property of the publisher. This site is not officially affiliated with, associated with, or endorsed by UEFA Champions League final official matchday programme or the publisher.