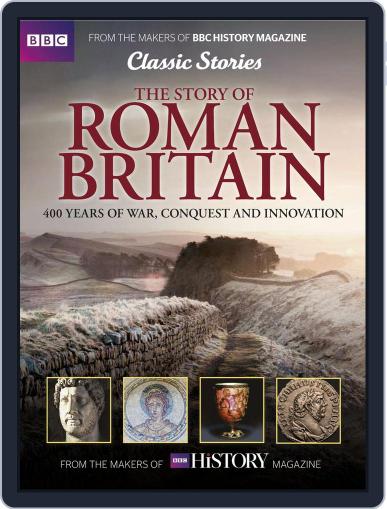 About The Story of Roman Britain

Explore a fascinating ancient land of conflict and change in this BBC History Magazine collector’s edition: Roman Britain. Inside you will discover: ◆ A timeline of key milestones in Rome’s British adventure ◆ The exploits of the ancient Britons who battled the Roman invaders – and sometimes collaborated with them ◆ An in-depth look at everyday life for the inhabitants of the Roman province of Britannia ◆ Insights into Rome’s military campaigns in Britain – some successful, others ill-fated ◆ Dramatic accounts of the upheavals that preceded the collapse of Roman Britain ◆ Expert analysis of the Roman legacy in the physical and cultural landscape of Britain

Magazine covers are used for illustrative purposes only and you may not receive a copy of the particular issue depicted. Your subscription will include the most recent issue once your subscription begins. Magazine covers are the property of the publisher. This site is not officially affiliated with, associated with, or endorsed by The Story of Roman Britain or the publisher.