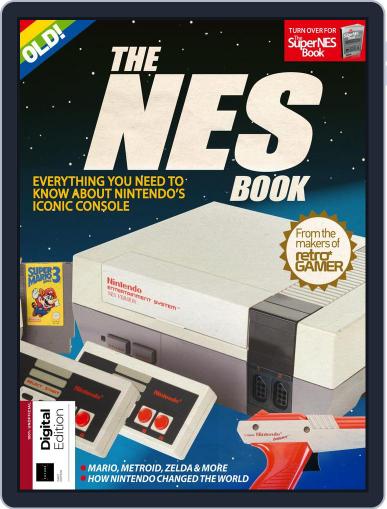 About The NES/SNES Book

Discover two great books in one! The NES Book The Nintendo Entertainment System was a remarkable success for Nintendo. Redesigned for the Western market – it was known in Japan as the Famicom – it arrived following the great videogame crash and helped to reignite interest in the console market. Many huge franchises like Metroid, The Legend Of Zelda and Mega Man started off on the NES and it helped turn Nintendo into a huge force in the console market. It remains greatly loved by many gamers and developers and we wanted to put together a book that reflected that love. With that in mind, we’ve personally selected the greatest NES content to ever appear in Retro Gamer magazine. The SNES Book Nintendo had its work cut out with the release of its Super NES. While it had dominated the 8-bit generation with its NES, Sega already had a 14-month head start with its own 16-bit console, and a host of arcade exclusives from Sega and third-party publishers. Assisted by its fabled use of Mode 7 and hits such as Super Mario World, Secret Of Mana, Street Fighter 2 and Axelay, Nintendo’s machine won over the public and it remains an essential console for any collector, delivering a diverse range of games that few other systems of the time could hope to match. With that in mind we’ve taken this opportunity to celebrate some of the console’s finest games.

The number of issues included in a magazine subscription (frequency) is subject to change without notice. Additional double issues may be published, which count as 2 issues. Applicable sales tax will be added. Offer void in Vermont. Magazine covers are used for illustrative purposes only and you may not receive a copy of the particular issue depicted. Your subscription will include the most recent issue once your subscription begins. Magazine covers are the property of the publisher. This site is not officially affiliated with, associated with, or endorsed by The NES/SNES Book or the publisher.