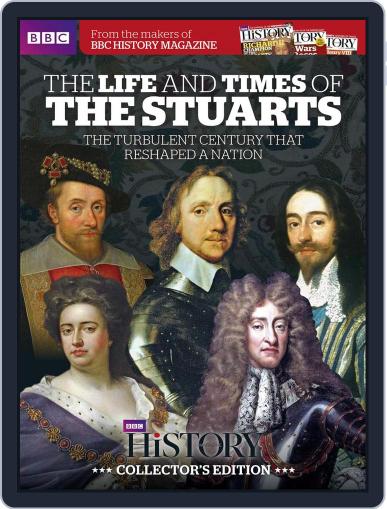 About The Life & Times Of The Stuarts

The Life And Times Of The Stuarts focuses on a nation-defining period of British history that is every bit as enthralling, dramatic and pivotal as that of Henry VIII and co. BBC History magazine now turns its attention from The Story Of The Tudors to the seismic changes that occurred within the British Isles during the Stuart rule between 1603 and 1714. Inside you will find: • The Gunpowder Plot • The English Civil War • Charles I’s execution • Oliver Cromwell’s rule • The restoration of the monarchy • The ousting of James II in the Glorious Revolution and many other key events in British history! This special edition calls upon the expertise and analysis of the world’s leading historians as an in-depth and invaluable way to understand more about this absorbing time. "

The number of issues included in a magazine subscription (frequency) is subject to change without notice. Additional double issues may be published, which count as 2 issues. Applicable sales tax will be added. Offer void in Vermont. Magazine covers are used for illustrative purposes only and you may not receive a copy of the particular issue depicted. Your subscription will include the most recent issue once your subscription begins. Magazine covers are the property of the publisher. This site is not officially affiliated with, associated with, or endorsed by The Life & Times Of The Stuarts or the publisher.