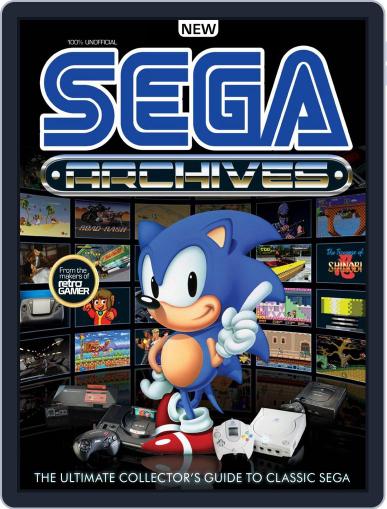 Since its origins in the 1940s, Sega has been one of the most influential players in gaming history. From arcades filled with sit-down cabs, market-dominating consoles, an iconic mascot in Sonic the Hedgehog and everything in-between, Sega has certainly had its ups and downs. With Sega Archives you can relive Sega’s colourful history, from early coin-op capers to the gamble of the Mega-CD. We’ve scoured the Retro Gamer archives to bring you amazingly in-depth articles on some of Sega’s biggest games and franchises. It’s the perfect way to celebrate Sega’s timeless achievements. Featuring: The history of Sega - Trace the history of Sega from it’s coin-op origins in the 1940s. Inside the hardware - Take a closer look inside the Master System, Mega Drive, Saturn & more. The history of Sonic - Charting the story of the Blue Blur. 20 Sega games you’ve never played - Some of the best Sega games that failed to get the attention they deserved.

The number of issues included in a magazine subscription (frequency) is subject to change without notice. Additional double issues may be published, which count as 2 issues. Applicable sales tax will be added. Offer void in Vermont. Magazine covers are used for illustrative purposes only and you may not receive a copy of the particular issue depicted. Your subscription will include the most recent issue once your subscription begins. Magazine covers are the property of the publisher. This site is not officially affiliated with, associated with, or endorsed by Sega Archives or the publisher.