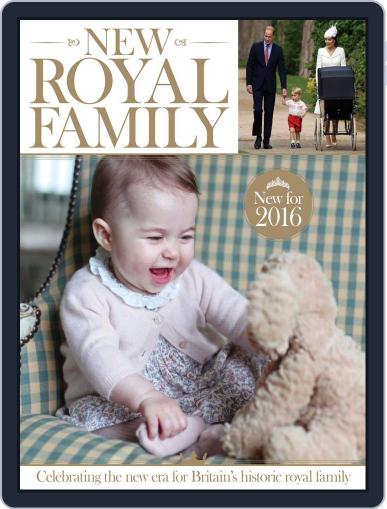 The story of Prince William and Catherine Middleton is one that has captured the imagination of the world. In New Royal Family, we examine not just the immediate family that are paving the way for George’s eventual reign, but also the history of royal births and how tradition still plays a large part in the lives of the royal family. We chart the relationship between Catherine and William, from meeting at university to their marriage, watched by millions. We also take a look at the first year of Prince George’s life, from his christening steeped in tradition, to his first public engagements, and the new addition to the family, Princess Charlotte. This is the story of a monarchy for the 21st Century, at the same time both incredibly historic, and excitingly modern. Featuring: A Low Key Courtship - Discover the story of Catherine and William's first years as a couple. Careers - How did the future Duke and Duchess of Cambridge spend their years before marriage? The Wedding - Take a look behind the scenes of the most high-profile wedding of the 21st Century. Additions to the Family - From George's first year, to the birth of Princess Charlotte, find out what the future holds for the growing Cambridge family.

The number of issues included in a magazine subscription (frequency) is subject to change without notice. Additional double issues may be published, which count as 2 issues. Applicable sales tax will be added. Offer void in Vermont. Magazine covers are used for illustrative purposes only and you may not receive a copy of the particular issue depicted. Your subscription will include the most recent issue once your subscription begins. Magazine covers are the property of the publisher. This site is not officially affiliated with, associated with, or endorsed by New Royal Family or the publisher.