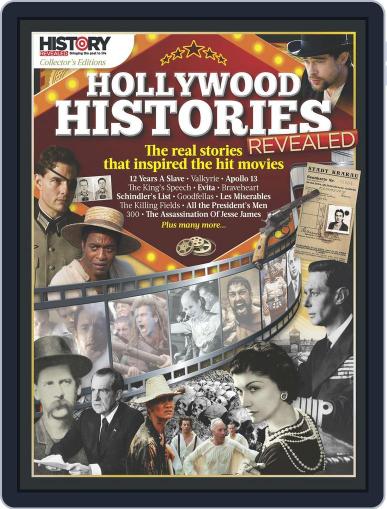 Hollywood Histories Revealed separates fact from fiction as we uncover the dramatic true stories behind Braveheart’s William Wallace, the plot to kill Hitler in Valkyrie, 300’s Battle of Thermopylae and George VI’s struggles in The King’s Speech. Inside you will find: - Gripping historical tales - Revealing photography - Expert analysis - Movie trivia

Magazine covers are used for illustrative purposes only and you may not receive a copy of the particular issue depicted. Your subscription will include the most recent issue once your subscription begins. Magazine covers are the property of the publisher. This site is not officially affiliated with, associated with, or endorsed by Hollywood Histories Revealed or the publisher.