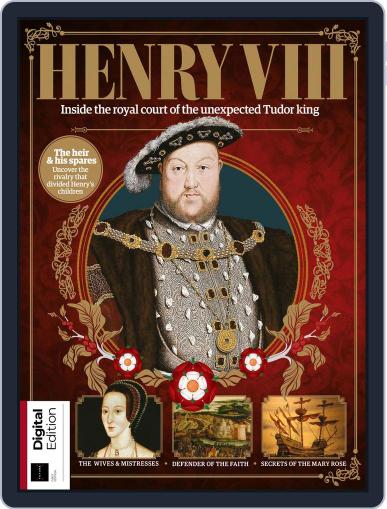 The second-born son of an upstart monarch, Henry VIII was never meant to be king. So how exactly did this prince in the shadows rise up to become the most notorious sovereign of England? In the All About History Book of Henry VIII, delve into the dramatic story of King Henry’s rule, and uncover the consequences of ruling with his heart, not his head. From the infamous six wives and the feuds of Henry’s disinherited daughters to the king’s war-mongering ways and the birth of the Henrician Reformation, discover how Henry VIII’s impulses almost left his nation in tatters.

The number of issues included in a magazine subscription (frequency) is subject to change without notice. Additional double issues may be published, which count as 2 issues. Applicable sales tax will be added. Offer void in Vermont. Magazine covers are used for illustrative purposes only and you may not receive a copy of the particular issue depicted. Your subscription will include the most recent issue once your subscription begins. Magazine covers are the property of the publisher. This site is not officially affiliated with, associated with, or endorsed by Henry VIII or the publisher.