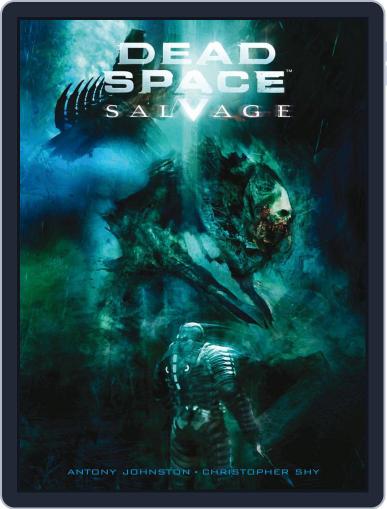 EA and IDW Publishing present Dead Space: Salvage! The USG Ishimura, the most famous of the Planetcracker class starships, is flung from orbit around Aegis VII after the disastrous events of Dead Space. It is lost somewhere in deep space, and both the Government and a powerful religious sect called "Unitology" believe it may still hold the Red Marker, an alien artifact that promises great power for either side, and both will stop at nothing to reach it first! This all-new Dead Space graphic novel picks up where the fan-favorite game leaves off!

Magazine covers are used for illustrative purposes only and you may not receive a copy of the particular issue depicted. Your subscription will include the most recent issue once your subscription begins. Magazine covers are the property of the publisher. This site is not officially affiliated with, associated with, or endorsed by Dead Space: Salvage or the publisher.