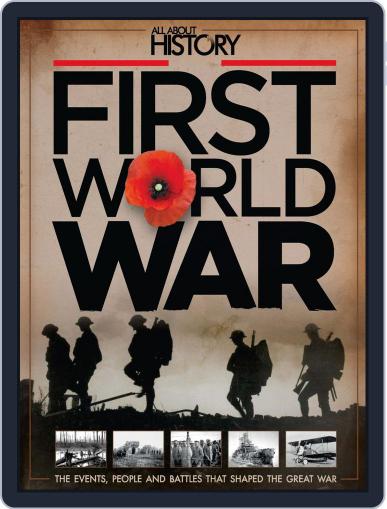 About All About History Book Of The First World War

There is no doubt that the First World War shaped the modern world. In 2016 we commemorate the 100th anniversary of the Battle of the Somme with this brand new edition. Through amazing articles, vivid images and historical artefacts, we’ll explore the key events, significant battles and influential figures of the First World War. Featuring: Influential events - Discover the key actions and influential people who defined the First World War. Impact at home - Get an insight into the knock-on effect the great war had on civilian life and social order. Amazing images - Witness historic moments through moving photos and artistic impressions. Historical artefacts - Uncover the documents, maps and letters drafted and dispatched from 1914-1918.

Magazine covers are used for illustrative purposes only and you may not receive a copy of the particular issue depicted. Your subscription will include the most recent issue once your subscription begins. Magazine covers are the property of the publisher. This site is not officially affiliated with, associated with, or endorsed by All About History Book Of The First World War or the publisher.