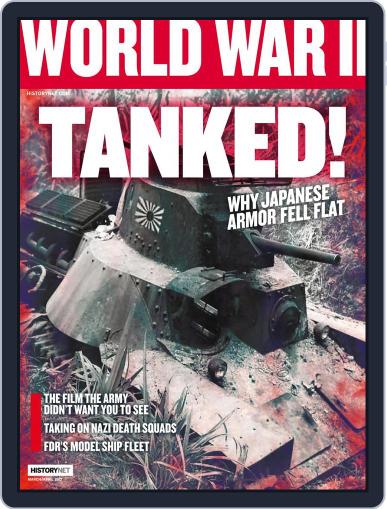 World War II magazine covers every aspect of history's greatest modern conflict with vivid, revealing, and evocative writing from top historians and journalists. Each issue provides a lively mix of stories about soldiers, leaders, tactics, weapons, and little-known incidents of the war, including riveting firsthand battle accounts and reviews of books, movies, and video games. And the most authoritative magazine on the war features a striking design that highlights rare, archival photographs and detailed battle maps to convey the drama and excitement of the most famous battles and campaigns.