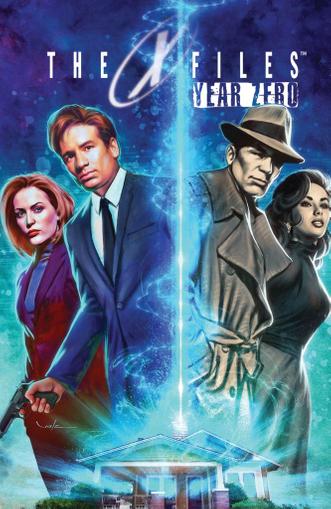 About The X-Files: Year Zero

When a blue-collar worker from New Jersey passes prophetic messages to the FBI from a mysterious “Mr. Zero,” Mulder is convinced it is the same otherworldly entity that contacted the FBI through a suburban housewife in the 1940s. This similarly named “Mr. Xero” pointed the FBI toward many unusual cases, leading to the establishment of “the X-Files”! Author: Karl Kesel. Illustrator: Vic Malhotra, Greg Scott, Carlos Valenzuela. THE X-FILES TM & © 2014 TWENTIETH CENTURY FOX FILM CORPORATION. ALL RIGHTS RESERVED.

Magazine covers are used for illustrative purposes only and you may not receive a copy of the particular issue depicted. Your subscription will include the most recent issue once your subscription begins. Magazine covers are the property of the publisher. This site is not officially affiliated with, associated with, or endorsed by The X-Files: Year Zero or the publisher.