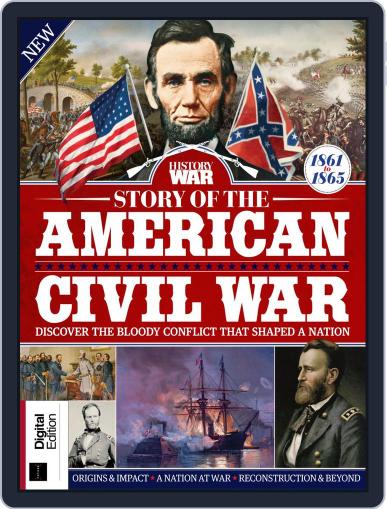 About Story of the American Civil War

On 12 April 1861, the first shots of the American Civil War were fired at Fort Sumter in what would become the bloodiest war in American history. In just four years more than 600,000 men were killed. In the Story of the American Civil War we explore the origins of the conflict, including the divisive issue of slavery, Northern attempts to preserve the Union and Southern demands for autonomy. In-depth features on the conflict’s major battles reveal the true horror of the war, while battle maps help bring the likes of Antietam and Gettysburg to life. In addition, we discover the key players of the American Civil War, the role played by African-Americans and the harsh realities of life in the prisoner-of-war camps. While the war may have ended in 1865 after four years of bloody fighting, the United States remained bitterly divided for many years. We explore the Reconstruction era and attempts to heal wounds, the impact of the conflict on American history and how the repercussions are still being felt today.

Magazine covers are used for illustrative purposes only and you may not receive a copy of the particular issue depicted. Your subscription will include the most recent issue once your subscription begins. Magazine covers are the property of the publisher. This site is not officially affiliated with, associated with, or endorsed by Story of the American Civil War or the publisher.