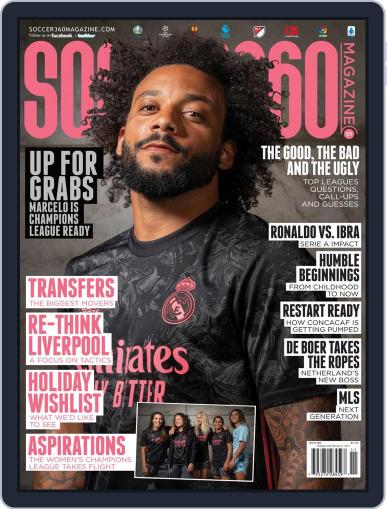 Soccer 360 Magazine features the best of the EPL, MLS, Serie A, Bundesliga, La Liga and other big leagues from around the world. Ongoing coverage includes the world’s biggest soccer events including The Champion’s League, Europa League, Women’s Soccer, and so much more. Packed with full throttle Soccer entertainment! Hundreds of full colour photos, great interviews, team, player and coach profiles, stats, fixtures, previews, reviews and so much more. If you’re a fan of soccer and enjoy all aspects of the game than Soccer 360 Magazine is a great magazine for fun, entertaining, informative coverage of the world’s best game.

Magazine covers are used for illustrative purposes only and you may not receive a copy of the particular issue depicted. Your subscription will include the most recent issue once your subscription begins. Magazine covers are the property of the publisher. This site is not officially affiliated with, associated with, or endorsed by Soccer 360 or the publisher.