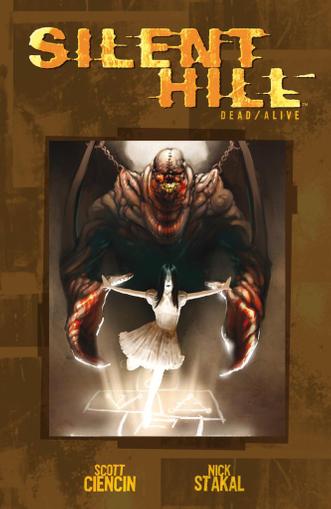 A deadly game draws to a close as the living dead girl Christabella must escape from her greatest enemies and put herself in the path of malevolent beings that are neither angels nor demons, but something worse… if she is to stop them from putting the world to flame and realize her own twisted plans for the monster-laden mist-enshrouded haunted town of Silent Hill. Author: Scott Ciencin. Illustrator: Nick Stakal. © Konami Corporation.

Magazine covers are used for illustrative purposes only and you may not receive a copy of the particular issue depicted. Your subscription will include the most recent issue once your subscription begins. Magazine covers are the property of the publisher. This site is not officially affiliated with, associated with, or endorsed by Silent Hill: Dead/Alive or the publisher.