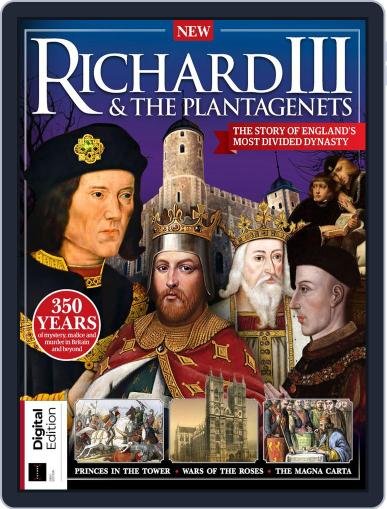 About Richard III & the Plantagenets

Born out of civil war, the House of Plantagenet ruled for over 300 years before its last king was slain at the Battle of Bosworth in 1485. Throughout that time, England was plagued by war, murder and intrigue as the Plantagenets fought to keep the crown. Meet the kings and queens who saw the House's rise and those who fought for everything in the Wars of the Roses before the Tudor dynasty came to power and stamped them out.

Magazine covers are used for illustrative purposes only and you may not receive a copy of the particular issue depicted. Your subscription will include the most recent issue once your subscription begins. Magazine covers are the property of the publisher. This site is not officially affiliated with, associated with, or endorsed by Richard III & the Plantagenets or the publisher.