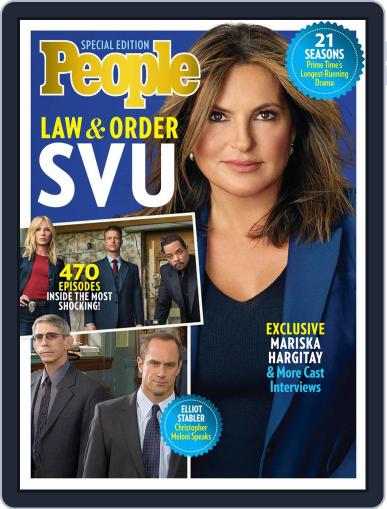 It's television's longest running prime-time drama, one that from the start was willing to explore extreme, disturbing crimes and bring important attention to the victims. Now, this special edition recognizes and honors 21 record-breaking seasons of Law & Order: Special Victims Unit. Hear exclusive new interviews with Emmy-winning star Mariska Hargitay and the rest of the cast. Revisit your favorite alumni from shows past. Recall some of SVU's most shocking moments. Gaze upon many of the New York City locations that give the show its grit and glory. Remember the many guest stars, and even investigate the infamous, signature sound that starts each episode. Full of behind-the-scenes photos, this special edition gets you up close and on the scene of one of the most successful and powerful dramas ever produced.

Magazine covers are used for illustrative purposes only and you may not receive a copy of the particular issue depicted. Your subscription will include the most recent issue once your subscription begins. Magazine covers are the property of the publisher. This site is not officially affiliated with, associated with, or endorsed by PEOPLE Law & Order SVU or the publisher.