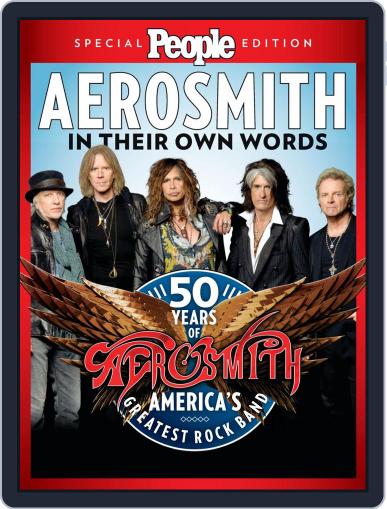 At a time when all the best rock-n-roll was thought to be British, with the Beatles and the Stones dominating the airwaves and charts, a distinctly American rock band emerged out of Boston. Now, in honor of their 50th anniversary, this special edition celebrates that iconic rock band: Aerosmith. Revisit their best moments from their 70s glory days, their wild ways of the 80s & 90s, and their growth into elder statesmen of rock for the 21st century. Of course, this includes discussion of their greatest hit songs and best music videos. Plus, enjoy new interviews with the band's frontman, Steven Tyler; guitar hero Joe Perry; plus, Brad Whitford, Tom Hamilton and Joe Kramer as they look back on their half a century of worldwide rock success. This special edition is packed with photos, including exclusives from the stage and behind the scenes of their Las Vegas residency. Go ahead, Dream On!