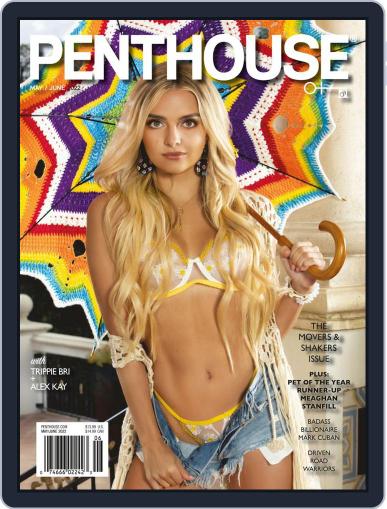 For those looking for a magazine that is decorated with the most beautiful women, Penthouse is the premium end of men’s entertainment magazines. Feast your eyes on gorgeous women from around the world while also scanning the pages for juicy editorials regarding covert government cover-ups, scandals, and other journalistic stories that are sure to keep you enticed. Arouse your curiosity and eyes with the Penthouse models and the stories that await you.

Created to compete with other adult magazines, the Penthouse diversified its themes and topics. Founded in 1965 in the United Kingdom by Bob Guccione, the magazine began with urban lifestyle publications and softcore tones. As the 1990s approached, the magazine made its shift into hardcore elements while maintaining the urban tones it was known for. Penthouse’s content style began with humble beginnings with Bob Guccione’s amateur photography skills. In the beginning, Guccione used his knowledge of paintings and portraits to capture models with soft and elegant tones. Since then, it became the magazine’s trademark way of photographing their models.

Variety, raw beauty, and signature style are all encompassed with every issue of Penthouse. Featuring beautiful women from around the world, men and some women will find relief from the up-scale, lavish lifestyle tones that other adult magazine competitors offer. With a true-to-life tone, the Penthouse Magazine aims to curate awesome content surrounding models, their backgrounds, and their interests. The publication also does not shy away from breaching new journalism grounds as the editors and writers have been known to cover numerous government scandals and cover-ups that have been swept under the rug. With Penthouse magazine, you can unveil the beautiful women and the stories of scandal within every page.

Magazine covers are used for illustrative purposes only and you may not receive a copy of the particular issue depicted. Your subscription will include the most recent issue once your subscription begins. Magazine covers are the property of the publisher. This site is not officially affiliated with, associated with, or endorsed by Penthouse or the publisher.