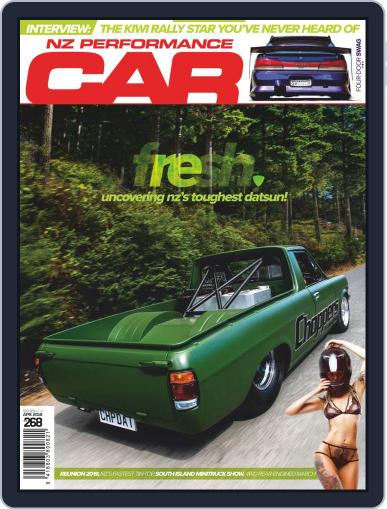 Since 1996 New Zealand Performance Car has been the voice of the country’s modified import car scene. It was there to see the first import 10-second quarter mile run, there when the first official drift battle ensued, there when the first show trophies were handed out, and there to bring NZ its very first Super Lap time attack event. Each month the very best of NZ’s modified import car scene is served up. It’s New Zealand’s number 1 selling monthly motoring magazine and is New Zealand’s import performance authority and for good reason…it leaves the others for dust.

Magazine covers are used for illustrative purposes only and you may not receive a copy of the particular issue depicted. Your subscription will include the most recent issue once your subscription begins. Magazine covers are the property of the publisher. This site is not officially affiliated with, associated with, or endorsed by NZ Performance Car or the publisher.