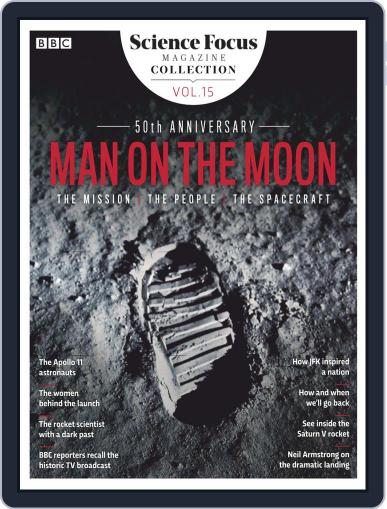 About Man on the Moon 50th Anniversary

Celebrate the golden anniversary of the first Moon landing with this BBC Science Focus Special Edition and retrace the journey from the start of the space race to the moment Neil Armstrong took his historic small step.nIN THIS ISSUE…n-How JFK inspired a nation to win the space racen-Meet the NASA rocket scientist with a dark pastn-Neil Armstrong on his emergency lunar landingn-The women who were key to Apollo 11’s successn-Experts explain why we should return to the Moon

Magazine covers are used for illustrative purposes only and you may not receive a copy of the particular issue depicted. Your subscription will include the most recent issue once your subscription begins. Magazine covers are the property of the publisher. This site is not officially affiliated with, associated with, or endorsed by Man on the Moon 50th Anniversary or the publisher.