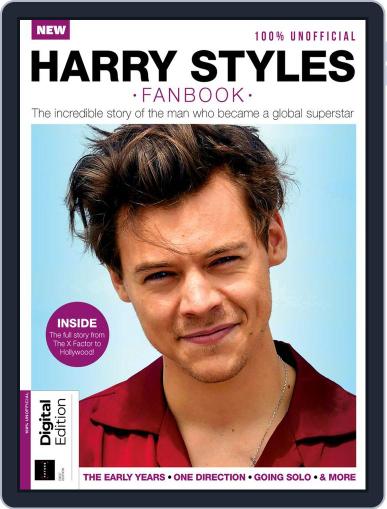 Boyband heartthrob, fashion icon, Hollywood actor and acclaimed singer-songwriter – Harry Styles is one of the most famous men in the world. Rediscover his meteoric rise to fame and delve into the secrets of his skyrocketing solo success. From The X Factor to One Direction and Holmes Chapel to Hollywood, Harry Styles has made his name as a multi-talented singer-songwriter, actor, fashion icon and cover model. Harry's self-titled debut solo album was released in 2017 to critical acclaim, and his first world tour sold out in seconds. Now, nearly 10 years after his X Factor debut – and with a second solo album on the way – Harry's star continues to rise.

Magazine covers are used for illustrative purposes only and you may not receive a copy of the particular issue depicted. Your subscription will include the most recent issue once your subscription begins. Magazine covers are the property of the publisher. This site is not officially affiliated with, associated with, or endorsed by Harry Styles Fanbook or the publisher.