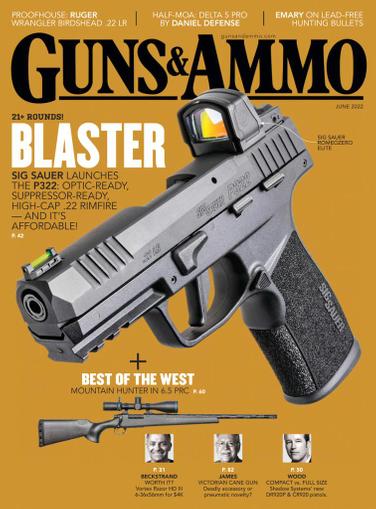 Guns & Ammo magazine is an authoritive publication covering firearms, recreational shooting, hunting and other activities related to weapons in the United States.
Since the late 1950s, Guns & Ammo magazine has featured content focused on shooting as a sport, collecting firearms as a hobby and self-defense/home protection. Readers will learn about the safe and proper ways to use different types of guns in different situations. Topics that are regularly covered include gunsmithing tips, gun collecting advice, and updates on gun owners' rights in the United States.
Guns & Ammo magazine will release special editions throughout the year. That includes a best of edition, which ranks different firearms, shooting accessories, ammunition and related products. The December issues typically looks forward to new weapons being released in the upcoming year. This includes pistols, rifles, handguns, shotguns, automatic and semi-automatic weapons. Reviews on guns and ammunition throughout the year will keep subscribers in the know. Plus, in-depth articles will explore the industry with profiles on personalities known for using guns.
From historical perspectives on guns to the latest news in gun ownership. This popular magazine is a perfect choice for both sportsmen and anyone who is a firm believer in their 2nd amendment rights. Order a subscription to Guns & Ammo magazine now and save.