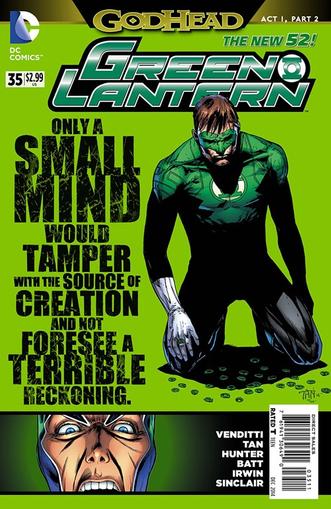 With a Green Lantern subscription, not only will you learn about your favorite hero, but you will also gain access to information about the exclusive intergalactic police force. By mastering one powerful ring, a member of the corps holds the most powerful weapon in the universe. Order a discount subscription to the Green Lantern magazine to learn more about this legion of superheroes and their adventures saving the galaxy!

For Hal Jordan, mastering the powerful ring is not as easy as it sounds. He is a reckless airplane pilot following in his father’s footsteps. Having witnessed his father’s untimely demise in an airplane crash at an early age, Hal has long since learned to push down his fears rather than face them. However, when he finds a dying alien that crashed into earth and becomes the newest member of the Green Lantern Corps, he has to learn to let go of his defiance and face his fears.

With the aid of his ring’s power, Hal Jordan has numerous powers that will help him police the galaxy. After mastering his ring, he has the ability to build hard light constructs from thin air. With this power, he is able to form instant weaponry and force fields. He also gains immense durability and his ability to fly from his ascension to membership into the Green Lantern Corps. Hal even has access to other helpful alien technology that helps him throughout his many adventures saving the galaxy.

Throughout this series, you will have the opportunity to read about many different types of adventures. Every comic is unique. Some of them feature alien romances while others have intergalactic wars that were started by super-villains. Follow along and see if Hal Jordan can conquer his fears while he is battling the villains of the universe so that he can finally master his ring.

Order your discount subscription to Green Lantern today to start reading about Hal Jordan and the Corps!