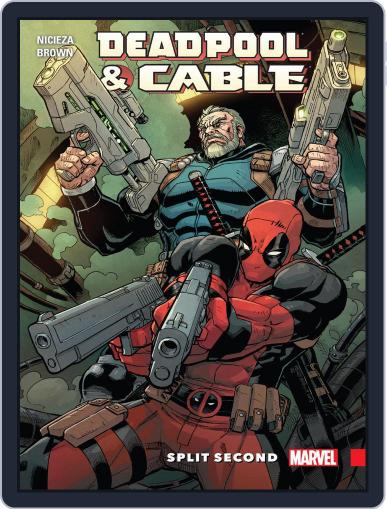 Call them a duo with a special kind of dynamics...call them the odd couple but with guns...call them 90s comics distilled down into two characters- Deadpool and Cable are back, baby! When Cable gets a vision of a terrible future set off by the death of one man, he knows he must protect him no matter what! I’ll get you three guesses who’s been hired to kill that guy. (hint: it's Deadpool)

Magazine covers are used for illustrative purposes only and you may not receive a copy of the particular issue depicted. Your subscription will include the most recent issue once your subscription begins. Magazine covers are the property of the publisher. This site is not officially affiliated with, associated with, or endorsed by Deadpool & Cable: Split Second Infinite Comic or the publisher.